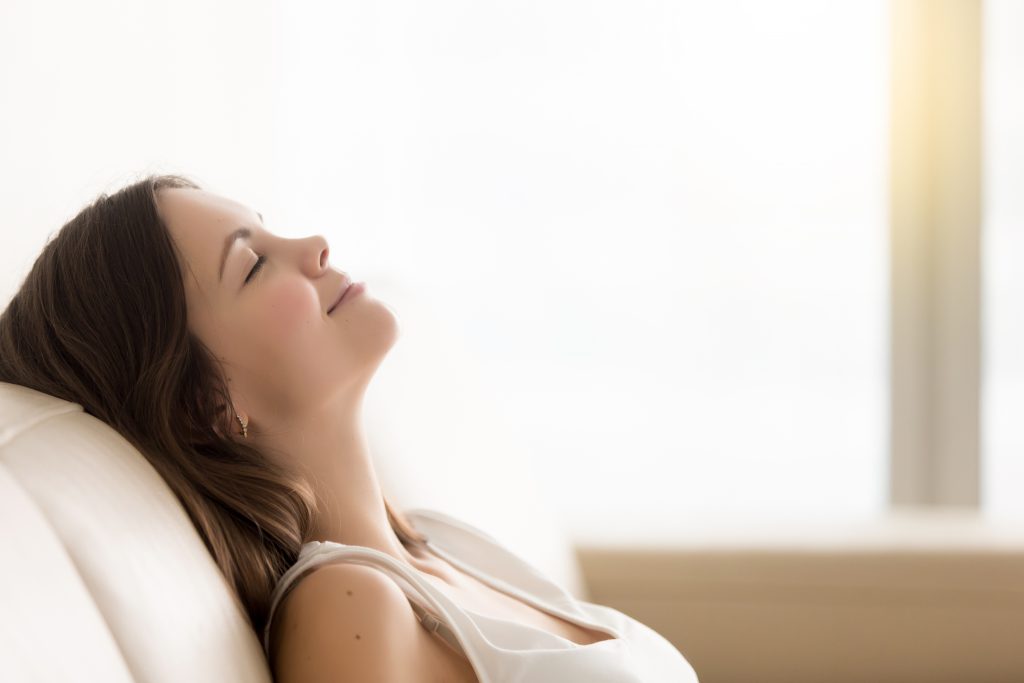 We appreciate that you’re taking the time to explore hypnosis.

You’re brave, considering the idea projected by the media today. People usually think hypnosis is too scary. Even dangerous.

When most people think of hypnosis, they imagine a kind of glassy-eyed state of unconsciousness.

The subject is drooling on themselves. Totally unaware of everything going on around them.

And unable to resist.

Who wants to try that?

But wait… it gets worse!

Have you heard the urban myths where someone gets stuck in hypnosis? They go too far under, and there is nothing the doctors can do to wake them again.

They are doomed to be a zombie for the rest of their lives!

It’s no wonder so many people are suspicious and afraid of the process of hypnosis!

But do you know what’s ironic?

What do you think has allowed all these stories to become so prevalent?

People believe these myths when they are in the state which they are so afraid of — hypnosis!

They have actually been hypnotized by those stories and allowed their imagination to take hold.

But you know what?

Hypnosis is perfectly natural for the human mind. It’s a state of mind everyone has experienced thousands of times.

You pass through the hypnotic state every time you go to sleep and again when you awaken.

Your mind goes into a hypnotic state when you’re watching TV, totally engrossed in the story.

That’s a hypnotic trance too, putting you on auto-pilot.

Have you ever been so involved in an activity, then became gradually aware of somebody talking to you?

That’s right. You guessed it.

You were in a trance.

And that means you’ve noticed how safe it really is…

When something comes up that needs your attention, you are suddenly alert and taking action.

I know what you’re thinking…

If all those things are the same as hypnosis…

Then what exactly is hypnosis?

We’ll answer that in a second, but first, it’s important to understand what hypnosis is not.

Hypnosis is not about becoming unconscious.

When you are unconscious, like when sleeping, your mind stops processing what other people say or do. Hypnosis does not work on unconscious people.

Hypnosis is not gullibility.

It’s not a way of tricking you into believing anything. You do not become weak-minded. Your subconscious is smart enough, and protective enough, to control what you will allow yourself to believe.

Hypnosis is not a loss of self-control.

We all have a deep sense of what is good for us and good for others. Our subconscious minds protect us from violating those beliefs and values. It’s actually the conscious mind that gets hijacked and distracted.

So when you are under hypnosis, you are in more control.

So if that’s not what hypnosis is, then what is it?

The answer is simple:

When you are thinking about only one thing, everything else fades into the background. You become completely unaware of anything else. Sometimes something will be urgent enough to break your concentration, but until then, you’re in a totally focused state.

And in a totally focused state, there is only one thing going on in your mind.

Only one thing concerns you.

It’s a time of peak awareness.

As with other trances we’ve described, when you are under hypnosis, you are aware of what is going on around you.

It doesn’t concern you right now.

It’s not important enough to interrupt you.

You’ve had that experience before, haven’t you?

Which means you will be wondering…

“How will I know when I’m hypnotized?”

This one is a little more difficult to answer. There is no such thing as a hypnotized feeling. There is no tell-tale sign when you know for sure that you are hypnotized. It doesn’t work like that.

And even if it did, the signs would be different for everyone.

The only real way for you to understand this is to experience hypnosis for yourself.

In a moment, we’ll share an easy way for you to do that.

And before you get there, it may be helpful to know what many people under hypnosis have experienced:

A shift in weight – sometimes a sense of heaviness, sometimes feeling weightless.

Tingling sensation in their fingers, toes, or face.

You may go into a deep trance that feels like sleep.

Or you may feel totally awake and aware.

That all depends on how fully you are willing to participate in the process.

The good news is it usually doesn’t matter.

You will make a change either way.

How is that so?

All hypnosis is self-hypnosis.

That’s right. Anyone who has ever been hypnotized has only hypnotized themselves.

Take a deep breath in.

And as you exhale, notice how that makes you feel a little bit more relaxed.

Take another deep breath in.

And exhale as if you are releasing all of your worries, and they gently float away.

And as you feel even more relaxed, you might feel the eyelids becoming heavy. You don’t want them to close, but you may notice that sensation.

And the question I have for you is this…

Who was taking breaths?

Who was noticing what was happening in your body?

Who was the one imagining worries floating away?

A hypnotist can’t make you breathe.

A hypnotist won’t close your eyes for you.

A hypnotist has no way of knowing or controlling what you are thinking.

You hear suggestions, and then you decide whether to go along with it or not.

Now, you might remember we promised to share an easy way for you to experience hypnosis for yourself.

First, you must promise something…

You must agree to remain in control the entire time.

Great, then head to www.selfhypnosis.com. Download a self-hypnosis track and give it a try.

Let us know what you think.