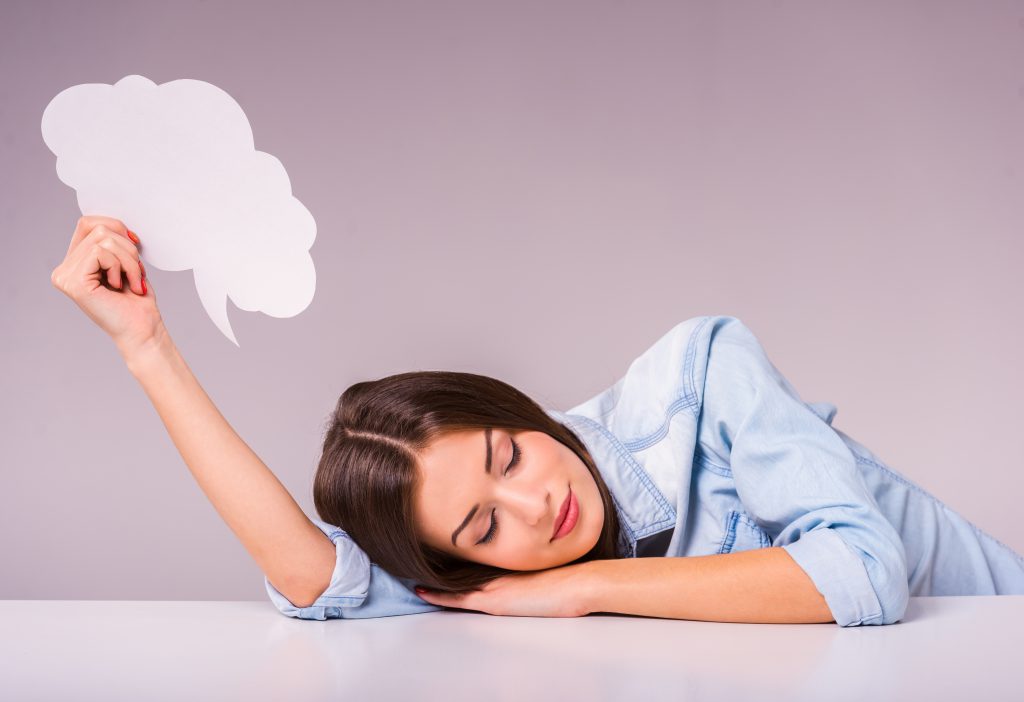 “I’ll deal with the elephants tomorrow!”

He spoke clearly, with anger in his voice, determined to hold his ground.

His wife, Sue, was baffled – They were not out of soap.
And Jim was an accountant who had never seen an elephant outside of the zoo.

“What are you talking about, Jim?”

“Nobody ever takes me seriously! God!” He rolled over and continued mumbling.

That’s when Sue realized he was asleep.

Better known as sleep-talking. Some sleep-talkers wake up at night to the sound of their own voice. Most sleep through it, though they wake up anyone else in the room. They speak in mumbled whispers, or loud shouts. Some sleep-talkers deliver several long monologues throughout the night. Some say only a single word or short phrase here and there.

When Jim kept moaning “Stacy! Oh ya, Stacy. Mmmmm.” Sue laid awake for the rest of the night contemplating divorce and all the violent things she wanted to do to Stacy… whoever she was.
(Jim never knew who she was either…)

The things people say when they are sleeping can be confusing, hilarious, or even horrifying.

Like the time Sue woke up to a noise outside their house. As her heart skipped a beat, she sat up, listening.

And then he started laughing – a slow, malicious laugh.

Sue didn’t sleep the rest of that night, certain she was about to die.
That was the last straw. She decided it was time to do something about Jim’s sleep-talking habit.

According to the doctor, about 5% of adults experience sleep talking. It usually occurs during the transition to lighter phases of sleep, and can also occur during REM. That’s when you’re dreaming, and the sleep-talker will say out loud whatever they’re saying in the dream.

It can be cute or funny for a short time. But give it a few nights of rude awakenings and embarrassing situations. Sleep-talking eventually becomes a significant nuisance.

And here’s the bad news…
There are no medical treatments for it.

During sleep, the subconscious manages memories, fears, possibilities, and problems. Any medication would disrupt that function.

The freedom to dream is important for us to process all the leftover feelings and passing thoughts that occur from day to day. Inside dreams the unconscious mind is free to explore and express itself.

In most people, all physical mobility is “switched off” during deep sleep cycles. The subconscious can be completely free, without consequence from the outside world.

But with the somniloquist, that subconscious “switch” is not fully in the off position. The trick is to fix that mobility switch without disrupting the subconscious dreaming process.

This is not something you can accomplish from the conscious part of your mind. Making plans, consciously deciding, telling yourself to stop it – those tactics won’t work.

In order to stop sleep talking, you need to go deeper than the conscious mind. To make a change, you’d have to speak directly to the subconscious mind.
If only there were some way to do that…

The doctor’s best suggestion was to have Jim wear a mouth guard when he slept.

But the fact that you’re reading this means you know there’s a better solution. There is a way to make a change in the subconscious…

Hypnosis is the answer.

Now, you may have seen someone being hypnotized in a cartoon or a movie:

They watch the pendulum swing until they go unconscious. They drool on themselves as the hypnotist tells them to rob a bank.
Or fall in love with someone.
Or bark like a chicken every time they hear the word “STONEHENGE.”

That’s not what we’re talking about here. That’s just creative storytelling, very loosely based on reality. Hypnosis is not about gullibility or mind-control. It’s not a way to make someone act against their will.

Hypnosis is simply a state of relaxation. In this state, the creative subconscious part of the mind has more freedom to explore.
The role of the hypnotist is to guide the subject’s exploration. To lead them to find a healthier belief or behavior. And when the subconscious understands a better way to get the same result, change is instant.

It’s very comfortable and peaceful. But it’s powerful when someone wants to make a lasting change.

Would you like to kick that sleep-talking habit?
You can try hypnosis in several different ways.

You could go to a hypnotist in your area. Once you find someone you feel you can trust, you’ll need to book sessions that fit your schedule.
And make sure you have the budget for it. They will usually want you to come in for several sessions, and you’ll need to pay for each one.

But why go to all that trouble when you can download a self-hypnosis recording?
You can listen at any time that works for you.
You can relax in your own comfortable place.
And not only is the price lower than a live hypnotist, but you’ll only pay one time.

And that’s what Sue did.

She bought a Stop Sleep-Talking hypnosis recording, and Jim was happy to try it out. He listened once a day for a week, and the talking was dramatically reduced. He continued to listen a few times a week, and soon, the problem was gone entirely.

Now both Sue and Jim are able to sleep through the entire night, and wake fully rested and refreshed.
Of course, Sue still loves to tell some of the stories of how Jim used to wake her up. But she is thrilled that Jim’s sleep-talking is no longer part of their lives.

You, too, can give yourself the freedom to dream in peace. You can give your subconscious mind permission to dream and process quietly.